The evening of November 6 marked a new chapter in the history of OSSTF/FEESO. The COVID-19 global pandemic changed not only the way we live, but also the way we work. This is why the 2020 biennial Communications and Political Action Committee’s (CPAC) conference was the first-ever virtual conference by an OSSTF/FEESO provincial standing committee.

Over 150 leaders and activists gathered for two days at this conference entitled Toward 2022 and Beyond—Protecting our Future, Embracing the Challenge, Empowering Change. In his opening address, President Harvey Bischof stated, “we cannot see political action and bargaining as separate functions; they are inextricably connected. It was never clearer than in the last round of school board bargaining that political action creates the environment in which we negotiate.”

The conference was kick-started by accomplished journalist and best-selling author Linda McQuaig who reminded participants about the great stories of public initiatives in Canada. They included the creation of a public power company in Niagara Falls, the formation of Canada’s public broadcasting system, and the establishment of a publicly-funded laboratory by Canadian doctor John G. FitzGerald, which saved countless lives by producing affordable medication. McQuaig also warned about the dangers of privatization, which we can see in the education sector south of our border.

The same evening, staff from the Communications/Political Action Department unveiled details of the political action plan of the Federation and introduced the newly appointed election organizers. The election organizers are active OSSTF/FEESO members who will work closely with Districts to support the political action activities leading to the next provincial and municipal elections.

The remainder of the conference provided members with a choice of workshops. In one session, Political Activism 101, members heard from political leaders from all three provincial opposition parties who explained how OSSTF/FEESO members could engage in provincial politics in a variety of capacities.

Another session featured a panel of education allies and community activists from the Accessibility for Ontarians Act (AODA) Alliance, the Ontario Autism Coalition, Parents Engaged in Education, York Communities for Public Education and the Ontario Parent Action Network.

The remaining workshops equipped local leaders and members with the tools and resources required to take action immediately following the conference. These included digital organizing, working with allies, member mapping, and creating effective communications strategies. Members of the provincial CPAC delivered many sessions, with provincial office staff supporting them. Despite the multitude of approaches to accomplish the political action goals, we must remember that we need to be united and organized in our actions because, as President Harvey Bischof reminded us all, “the future of publicly-funded education from junior kindergarten to university depends on our ongoing effort.”

Pawel Mazurek is the chair of the provincial Communications and Political Action Committee and is the president of District 35, Universities—Administrative Support Personnel of Saint Paul University Bargaining Unit. 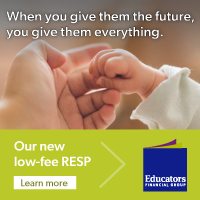