After two years in Ottawa, OSSTF/FEESO’s annual summer training conference returned to Toronto in August. The conference is designed to bring local leaders and activists up to date on current issues in education, and to provide those leaders with the tools and information they need to effectively represent members and advocate on their behalf.

Leadership 2017 began with a full day of training sessions for first-year Bargaining Unit Presidents on August 16, followed by two days of workshops for all of the almost 400 delegates. The conference closed with a half-day plenary session on the morning of August 19. 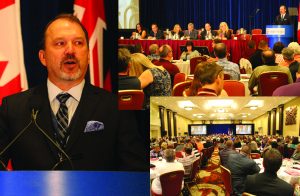 President Harvey Bischof opened the full conference with an address to delegates in which he laid out a number of priorities for the Federation over the next year. He noted that, although the next round of bargaining for members employed by school boards is almost two years away, extensive member consultations in preparation for those negotiations will begin this fall. Ongoing lobbying efforts to bring about changes to the School Boards Collective Bargaining Act will also be a priority between now and the next round of negotiations.

Bischof highlighted the work of the Violence in the Workplace Task Force, and noted the impact of OSSTF/FEESO’s “outstandingly successful lobby day,” which resulted in commitments to action on the part of both the Minister of Labour and the Minister of Education. He cautioned, however, that to properly address workplace violence, OSSTF/FEESO members will need to be vigilant to ensure that school boards comply with regulations. The real goal, he said, has to be a change in the culture within our workplaces.

Bischof also spoke about the Ministry of Education’s PPM 159 on Collaborative Professionalism, as well as the formal recognition of professional judgment in the teacher/occasional teacher central agreement. As with violence in the workplace, his message was that real change will not come until we achieve a shift in the culture within our schools. “Ministry and school board initiatives have been eroding our professional discretion for decades,” said Bischof, “and while formal recognition is a good start, our challenge now is to actively undo the culture of disrespect that’s been created over the course of those decades.”

On the last full day of the conference, the keynote speaker was Tom Bennett, the author of Teacher Proof and the founder of researchED, a grassroots, teacher-led movement designed to help educators become research-literate and to resist initiatives in education that are not based on objective evidence. OSSTF/FEESO will also be sponsoring a researchED conference in Toronto in April.

The final half-day of the conference featured a plenary session in which delegates were updated on the Federation’s “End the Silence, Stop the Violence” initiative to address violence in
education workplaces.

Delegates at the Saturday morning plenary also received a detailed update on the Federation’s preparations for next year’s provincial election, followed by a question and answer session with Minister of Education Mitzie Hunter and the two opposition education critics, Peggy Sattler of the NDP and Lorne Coe of the Progressive Conservatives. 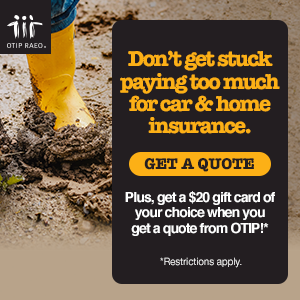